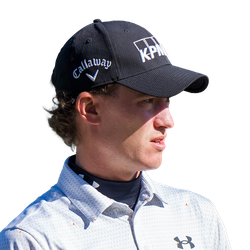 2021–22 Stats
Rank
32
Winnings
$2,689,752
Winnings/Entry
$99,620
Entries
27
Rounds
90
2022–23 Fantasy Outlook
McNealy entered the PGA Tour as a rookie during the 2019-2020 and played well right out of the gate. He didn't make the splash that other rookies around that time made however, which is why he's often overlooked when discussions of the best young players come up. While he's not in that conversation yet, the 26-year-old could get there soon if he continues to show improvements across the board. McNealy posted career highs in cuts made, top-10s and earnings this past season and there's reason to think he can improve on all of those categories this year as well. Read Past Outlooks
read more
Handedness Right
Status Pro
Height 6'1"
Weight 165 lbs
DOB 11/7/1995
Birthplace Stanford, California
College Stanford
Country USA
Read More News
PGA Stats
Loading Golf Stats...
Tournament Results
Scoring
FanDuel
DraftKings
Loading Tournament Log...
PGA Advanced Stats
Loading Advanced Stats...
Recent RotoWire Articles Featuring Maverick McNealy
Weekly Recap: Fortinet Fortitude
7 days ago
7 days ago
The cards were stacked against him late on Sunday, but when it was all said and done, Max Homa walked away with a season-opening win for the second year in a row.
2022 Fortinet Championship Betting: Picks, Odds, Predictions and Best Bets
13 days ago
13 days ago
Ryan Pohle lists his favorite bets for the season opener and tells you why he is willing to wager on Gary Woodland winding up in the winner's circle.
Weekly Preview: Fortinet Championship
13 days ago
13 days ago
The 2022-23 PGA Tour season kicks off this week, which means there are lineups to fill and bets to be made. Find out why Greg Vara suggests going with Sahith Theegala in a number of different formats.
Past Fantasy Outlooks
2022
2020
2019
McNealy was boom-or-bust early in the season, as he missed 10 of his first 18 cuts, but when he did make the weekend he finished top-25 in all but two of them. Once the summer arrived, however, McNealy started to play a lot more consistent and pile up top-25 results. Putting and short game are his biggest areas of strength. If he can be a more consistent iron player, he has the potential to really boom in 2021-22.
McNealy is only 24 and showed some real progress, making 17 of 23 cuts with six top-25s, three of which doubled as top-10s. He could see a jump this season.
McNealy made his PGA Tour debut as a bright-eyed 18-year-old back in 2014 when he qualified for the U.S. Open, and despite making 16 additional appearances since that point, he'll still be eligible for the Rookie of the Year award quest throughout the 2019-20 campaign after earning full status via the Korn Ferry Tour's Regular Season Points List. The former Stanford standout, who won the 2015 Haskins Award as the nation's top collegiate golfer, notched top-3 finishes at the LECOM Suncoast Classic and Ellie Mae Classic on the KFT in 2019. He also ranked sixth or better among his peers in both putting and birdie average. Well known for his family's fortune off the course, McNealy should be taking golf notes from girlfriend Danielle Kang of LPGA fame.
More Fantasy News