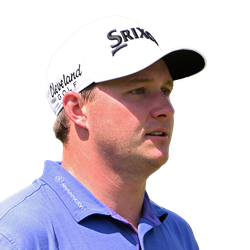 2022–23 Stats
Rank
31
Winnings
$1,128,793
Winnings/Entry
$161,256
Entries
7
Rounds
22
2022–23 Fantasy Outlook
Straka had a breakthrough season in 2021-22 that saw him win the Honda Classic in February, score a T3 finish at Harbour Town, and fall in a crazy playoff to Will Zalatoris at the FedEx St. Jude Championship. While there were some very good finishes that made his earnings run up to nearly $5 million, it was actually his worst season from a strokes gained total perspective of four years on Tour. Straka has always had a solid putter, but finishing 147th in SG: Tee-to-Green and 14 missed cuts is alarming to trusing the Austrian to get anywhere close to his earnings total from this season next year. Read Past Outlooks
read more
Handedness Right
Status Pro
Height 6'3"
Weight 235 lbs
DOB 5/1/1993
Birthplace , Austria
College Georgia
Country Austria
Read More News
PGA Stats
Loading Golf Stats...
Tournament Results
Scoring
FanDuel
DraftKings
Loading Tournament Log...
PGA Advanced Stats
Loading Advanced Stats...
Recent RotoWire Articles Featuring Sepp Straka See More
RotoWire Staff/Expert League Results
14 days ago
14 days ago
Rory McIlroy was the most expensive player in the annual RotoWire staff golf league over Jon Rahm and Scottie Scheffler in a format that gives a guide for season-long leagues.
PGA: A Glance Back and a Look Ahead
33 days ago
33 days ago
Len Hochberg looks back at a busy year in professional golf -- both on and off the course -- and tells you what to watch for in 2023.
DraftKings PGA: Hero World Challenge Picks and Strategy
65 days ago
65 days ago
Tiger Woods will not tee it up in the event that he hosts, but there are a few other golfers Len Hochberg suggests going after in this week's contests on DraftKings.
DraftKings PGA: Cadence Bank Houston Open Picks and Strategy
85 days ago
85 days ago
Will Gordon is playing some quality golf, and that garners him a spot among Len Hochberg's golfers to go after in this week's contests on DraftKings.
DraftKings PGA: THE CJ CUP in South Carolina Picks and Strategy
106 days ago
106 days ago
Jon Rahm has come on, and Len Hochberg likes his chances to keep the momentum going in this week's contests on DraftKings.
Past Fantasy Outlooks
2022
2020
2019
2018
Straka is now 3-for-3 in making the playoffs. His problem the last few months of last season, however, was consistency as he missed 7-of-10 cuts, but recorded top-15s in all the events he made the weekend. Straka's short game is the only category he has lost strokes in during his first three seasons on tour. There is definitely some upside here if he can put it all together.
Straka's second season on Tour went pretty similarly to his first one, with a handful of top-25 results and a missed cut at the Northern Trust to end it. It's a little troubling to see that Straka missed more cuts in the same amount of starts this year and that his tee-to-green play dipped. It's not out of the question to see him be a surprise winner in this season, and he's a safe bet to qualify for the FedEx Cup Playoffs.
With all the outstanding play by rookie golfers on the PGA Tour this past season, Straka flew a bit under the radar, but he accomplished goal number one for every new member of the PGA Tour and that's to secure your card for the following season. Straka didn't offer much excitement this past season, he was more of a grinder, with five top-25s and only one top-10. It's too early to make a call on Strake, but it's probably wise to wait another year or two on him before trying to fit him under your salary cap.
The 25-year-old Austrian ranked top-25 in both GIR percentage and total driving on the Web.com Tour in 2017-18, leading to a win at the KC Golf Classic and a third-place finish at the Web.com Tour Championship to earn a PGA Tour card for the first time in his career. Concerns lie in the fact that Straka posted only three top-25s in 26 events last season, but solid ball striking is an intriguing quality for the rookie.
More Fantasy News