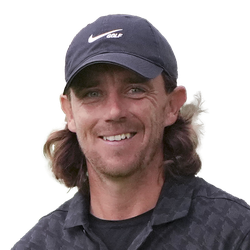 2022–23 Stats
Rank
71
Winnings
$484,587
Winnings/Entry
$242,294
Entries
2
Rounds
8
2022–23 Fantasy Outlook
Fleetwood is becoming increasingly harder to peg each season. Five season ago, his first as a full-time member on the PGA Tour, Fleetwood earned nearly $4 million while grabbing six top-10s. The following season was almost a mirror image, with nearly $4 million in earnings and six top-10s. The two seasons that followed looked nothing like his first two seasons though as he struggled to get above the $1 million mark in earnings. This past season however he started to get back to his original form and while he'll need some more high-end finishes to really take his game to the next level, he certainly seems capable. His cap number is set fairly high, but Fleetwood has the skills to make a big leap this year. Read Past Outlooks
read more
Handedness Right
Status Pro
Height 5'11"
Weight 167 lbs
DOB 1/19/1991
Birthplace Southport, England
Country England
Read More News
PGA Stats
Loading Golf Stats...
Tournament Results
Scoring
FanDuel
DraftKings
Loading Tournament Log...
PGA Advanced Stats
Loading Advanced Stats...
Recent RotoWire Articles Featuring Tommy Fleetwood
FanDuel PGA: Hero World Challenge Picks and Strategy
5 days ago
5 days ago
Find out why Ryan Andrade recommends rolling with Max Homa in this week's contests on FanDuel.
DraftKings PGA: Hero World Challenge Picks and Strategy
7 days ago
7 days ago
Tiger Woods will not tee it up in the event that he hosts, but there are a few other golfers Len Hochberg suggests going after in this week's contests on DraftKings.
Weekly Recap: Take a Bow, Finau
21 days ago
21 days ago
Tony Finau took charge Friday in Houston, and when it was all said and done, he found himself in the winner's circle for the fifth time in his career.
Weekly Recap: Rory Remains on a Roll
42 days ago
42 days ago
A red-hot Rory McIlroy kept both Congaree Golf Club and an impressive list of challengers at bay picked up his third win in five months.
2022 THE CJ CUP in South Carolina Betting: Picks, Odds, Predictions and Best Bets
48 days ago
48 days ago
Some bettors may be overlooking K.H. Lee at Congaree, but Ryan Pohle is not one of them.
Past Fantasy Outlooks
2022
2020
2019
2018
2017
Despite a top-40 ranking in the OWGR, Fleetwood wasn't able to make the playoffs for the first time since gaining status on tour. His best results tend to come on the European Tour, although since The Masters in April, he failed to record a worldwide top-10 in 12 starts. Considering his putter was the main culprit in his inconsistency, a bounce-back season is likely.
Fleetwood had gained a lot of momentum over the past couple season and then the pandemic hit and everything stopped for him. Fleetwood was one of a few players that did not resume playing on the PGA Tour after the resumption of play in June and if really impacted his overall numbers. Fleetwood joins the pack of guys you probably need to take in salary cap formats this upcoming season though as his number is really low and there's no reason to think he can't get back to his 2018-2019 levels this season.
Fleetwood's claim to fame to this point in his career is his ability to contend at high-profile events. Contend, but not win though. Fleetwood has shown glimpses of elite talent in his two years on the PGA Tour, but he's yet to cross the finish line first. With that said, his numbers in his first two seasons have been very impressive. If he were to pick-up a victory at some point, which he will inevitably will, he could crack $5 million in earnings. With that said, it's tough to significantly improve on a number such as Fleetwood's, especially when you are playing less than 20 events. As such, he's not a great salary cap option this season, but he has a lot of upside in other formats.
Fleetwood was one of the bigger surprises of the 2017-18 season. Fleetwood gained some attention with a top-5 at the 2017 U.S. Open, but it wasn't until last season that most golf fans became aware of how good he was. Fleetwood made a mad dash at the 2018 U.S. Open with a final-round 63, only to come up just short. That wasn't the only time he impressed though. Fleetwood totaled six top-10s throughout the season and missed just one cut in 19 starts. Perhaps most impressive, Fleetwood finished inside the top-25 in 15 of his 19 starts. Fleetwood looks like the real deal, but as is the case with all golfers that have a breakout season, it's nearly impossible to take him in a salary cap format. Fleetwood earned nearly $4 million last season in just 19 starts. He'll have to win at least one time this season to significantly improve upon his number from last season, all the while playing at level similar to last season. Fleetwood has the potential to make much more money this season vs. last season, but the risk seems a bit too high.
Fleetwood showed last season that he can compete on the biggest stages in the world. He won twice (Abu Dhabi HSBC Championship, Open de France), finished second twice (WGC-Mexico Championship, Shenzhen International) and had five other top-12 finishes, including a T4 at the U.S. Open, which earned him his 2017-18 PGA Tour card after playing last season on Special Temporary Member status. Fleetwood, who ranked first in greens in regulation on the European Tour, enters this season 17th in the OWGR rankings and is the leader in the Race to Dubai.
More Fantasy News