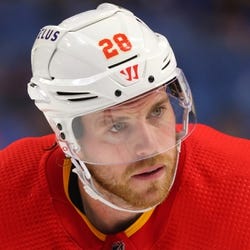 2022 Stats
G
15
A
30
PP Pts
14
+/-
3
PIM
8
ROS Projections
G
A
PP Pts
+/-
PIM
Unlock Our Projections
2022 Fantasy Outlook
Buoyed by a career-high and almost certainly unsustainable 17.9 percent shooting percentage, Lindholm finished with new high-water marks in goals (42) and points (82) a season ago, while also finishing with a plus-61 rating, second to only then-teammate/linemate Johnny Gaudreau. Lindholm's fantasy floor is enhanced by the fact he is one of the most durable players in the league and locked into a major role for the Flames, but both Gaudreau and Matthew Tkachuk left the team this offseason and it remains to be seen if the addition of Jonathan Huberdeau - who finished tied for second in the NHL in scoring a season ago - is enough to help Lindholm reach the levels we saw in the 2021-22 campaign. Read Past Outlooks
read more
#