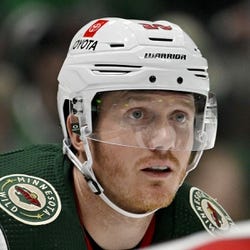 2022 Stats
G
4
A
7
PP Pts
0
+/-
0
PIM
12
ROS Projections
G
A
PP Pts
+/-
PIM
Unlock Our Projections
2022 Fantasy Outlook
After missing the entirety of the 2020-21 campaign due to a shoulder injury, Nyquist returned last season and played in all 82 regular-season games for the Blue Jackets. Nyquist did more than just suit up - he also contributed. The Swede potted 18 goals in addition to posting 50-plus points (53) for the third time in his career. Age isn't on Nyquist's side given the fact he will turn 33 years old right before training camp begins, but Columbus lacks top-six forward options, even with the addition of Johnny Gaudreau in free agency. That means Nyquist should again see enough usage to threaten the 50-point mark in 2022-23. Read Past Outlooks
read more
#