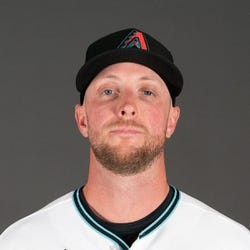 2022 Stats
W-L
13-8
ERA
3.37
WHIP
1.14
K
177
SV
0
2023 Projections
W-L
ERA
WHIP
K
SV
Unlock Our Projections
2023 Fantasy Outlook
This past season may go down as a career year for Kelly, but that's not to say he's unworthy of consideration for 2023. It will just be tough for him to repeat that level of run prevention over 200 innings. When he's on, Kelly can keep hitters guessing with his diverse repertoire -- he throws his four-seamer, changeup, cutter, sinker and curveball all at least 13% of the time. The stuff has not translated to strikeouts since Kelly made the jump from the Korea Baseball Organization years ago (career 20.8 K%), but he limits walks and can induce manageable contact for the defense behind him. Now 34 years old, Kelly may be on the verge of some age-related decline. Add in that he was pitching over his skis last season and Kelly seems likely to be overlooked in many leagues. Be ready to cut bait if the performance craters, but Kelly is very much in the mix to stream in favorable matchups to begin the season. Read Past Outlooks
read more
RANKSFrom Preseason
#

* Exit Velocity, Barrels/BBE %, Balls Hit 95+ MPH %, and Spin Rate are benchmarked against 2019 data (min 120 IP). See here for more exit velocity/barrels stats plus an explanation of current limitations with that data set.
K/BB
2.90
K/9
8.0
BB/9
2.7
HR/9
0.9
Fastball
92.7 mph
ERA
3.37
WHIP
1.14
BABIP
.273
GB/FB
1.32
Left On Base
76.0%
Exit Velocity
82.2 mph
Barrels/BBE
6.1%
Spin Rate
2294 rpm
Balls Hit 95+ MPH
23.0%
Swinging Strike
10.2%
Advanced Pitching Stats
Loading Advanced Pitching Stats...
Defensive Stats
Loading MLB Defensive Stats...
Stats Vs Today's Lineup
Want more matchup stats?
View Merrill Kelly vs. Batter Stats
Loading Matchup Stats...
Diamondbacks Depth Chart
Our full team depth charts are reserved for RotoWire subscribers.
Subscribe Now
Recent RotoWire Articles Featuring Merrill Kelly
2023 Fantasy Baseball Rankings - Way Too Early Top 300 Draft Ranks
47 days ago
47 days ago
James Anderson provides a way too early top 300 rankings for those who have the itch to start drafting for 2023.
Collette Calls: Buckle Up
60 days ago
60 days ago
Jason Collette is excited for the increase in steals which the new rules should bring next season. Which hitters and pitchers will be affected the most?
FanDuel MLB: Wednesday Targets
62 days ago
62 days ago
Chris Morgan looks over Wednesday's slate and notes that Shohei Ohtani adds some star power on the mound to the final day of the regular season.
DraftKings MLB: Wednesday Breakdown
62 days ago
62 days ago
Dan Marcus takes us through the final day of the regular season Wednesday, recommending a Padres stack against the Giants.
Yahoo DFS Baseball: Wednesday Picks
62 days ago
62 days ago
It’s the final day of the regular season, and Mike Barner has your picks for a loaded slate.
Past Fantasy Outlooks
2022
2021
2020
2019
Kelly defied the odds with a successful return following surgery to remedy Thoracic Outlet Syndrome. Successful is relative, meaning Kelly exhibited nearly identical skills to 2019, his last full, healthy campaign. However, those skills translate to a below average pitcher with a pedestrian strikeout rate, supported by a mediocre 9% swinging strike mark. Kelly throws five pitches with only his curve (12.5%) and changeup (17.5%) topping a double-digit swinging strike level, but combined he throws them about one-third of the time. A tweak in mix could miss more bats, but even if it manifested, the impact isn't worth chasing in Kelly's age-34 campaign. Sure, take a shot in draft and hold, but there are better options for a roster spot in standard formats.
Kelly had a decent return to stateside baseball in 2019 after a successful KBO career, and was having a rather nice start to 2020 until something did not feel right five starts into the season. Examinations revealed Thoracic Outlet Syndrome which required surgery in September. The track record of full recovery from the surgery is not great -- just ask Tyson Ross, Matt Harvey, Mike Foltynewicz and Alex Cobb among others. Yet, Arizona still picked up Kelly's $5.25 million option for 2021 believing that Kelly will make a full recovery and be a contributor in some capacity. You do not need to make any sort of investment in the pitcher until you see some positive results from his post-surgery self. A first-year return to a similar skill level is incredibly unlikely.
Kelly, who signed with Arizona last December following a four-year stint in the KBO, led the Diamondbacks with 183.1 innings in 2019, though he struggled with consistency, going 13-14 with a 4.42 ERA and 1.32 WHIP across 32 starts. Kelly allowed too much loud contact (9.5 Barrel% and 42.2 Hard%), which, coupled with his flyball tendencies, resulted in a 1.4 HR/9. He also showed noticeable home/away splits, performing much better at home -- likely due in part to Chase Field's humidor. The righty flashed an uptick in velocity in his first four starts in September, resulting in a 1.00 ERA and 9.3 K/9. His final start of the year was not so pretty, but it was a strong finish overall and that should have him pretty well locked into a rotation spot for 2020. Keep an eye on his velocity in spring training, because if Kelly maintains the increased velo, he could be a significant profit earner as a late-round pick.
Kelly signed with Arizona and will get a chance to win a spot in the starting rotation after three seasons playing in South Korea's top professional league. An eighth-round draft pick by Tampa Bay, he got as far as Triple-A, where he had a 2.76 ERA and 8.5 K/9 in 2014, before going overseas. Kelly thrived in the KBO with a 3.80 ERA in four seasons while leading the SK Wyverns to the 2017 championship. His 4.09 ERA from 2017 doesn't look great, but it ranked in the top 10 in a hitter-friendly league, and he had a 9.0 K/9 with outstanding control (2.1 BB/9). Kelly says his velocity improved while in South Korea to the low-90s from the high-80s while in Triple-A. He'll be trying to make a unique transition as few players have moved to Major League Baseball from the KOB, and he's also doing so without any major-league experience. He's a fantasy baseball wild card.
More Fantasy News