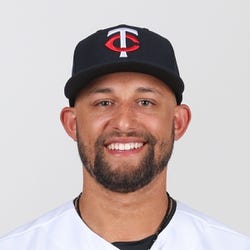 Out
Injury Knee
Est. Return 5/1/2023
2022 Stats
AVG
.300
HR
2
RBI
5
R
5
SB
0
2023 Projections
AVG
HR
RBI
R
SB
Unlock Our Projections
2023 Fantasy Outlook
Entering last season, there were some who doubted Lewis's abilities, in addition to the uncertainty surrounding his recovery from a torn right ACL. He did everything in his power at Triple-A (149 wRC+) and the majors (146 wRC+) to prove that his tools are every bit as impressive as those highest on him believed them to be. Unfortunately, he tore the same ACL right as he was settling in as an impactful fantasy and real-life player at the highest level in late May. Prior to his injury, Lewis was hitting the ball with authority (94th percentile max exit velocity) while striking out at a 19.1% clip across both stops. He also went 12-for-14 on stolen-base attempts through 46 games. His elite intangibles are part of what allowed him to come back so impressively from the first ACL tear, so there's no doubt he will do everything in his power to come back strong in the first half of 2023. The risk of Lewis re-injuring that same knee at some point is the biggest knock on him in redraft and dynasty leagues. If he can fully move past the right knee issues, he should be a five-category shortstop (slight downgrade in OBP leagues). Read Past Outlooks
read more
RANKSFrom Preseason
#