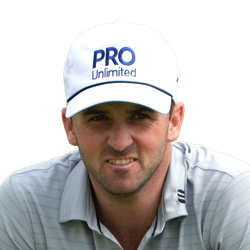 2021–22 Stats
Rank
43
Winnings
$2,882,771
Winnings/Entry
$99,406
Entries
29
Rounds
102
2022–23 Fantasy Outlook
McCarthy started as a rookie on the PGA Tour during the 2017-2018 and his results were less than desired as he finished the season ranked 149th on the FedEx list. In the three seasons that followed, McCarthy showed some progress, but it was slow. That changed this past season when McCarthy posted career highs in cuts made, top-25s, top-10s and earnings. McCarthy has never lived off the high-end finishes, so the fact that he took the slow and steady route to a career high in earnings this past is not surprise either. McCarthy will need to find some high-end finishes to improve upon his number this season, but he appears capable at this point. As such, he makes for an intersting salary cap selection this season. Read Past Outlooks
read more
Handedness Right
Status Pro
Height 5'9"
Weight 165 lbs
DOB 3/4/1993
Birthplace Takoma Park, Maryland
College Virginia
Country USA
Read More News
PGA Stats
Loading Golf Stats...
Tournament Results
Scoring
FanDuel
DraftKings
Loading Tournament Log...
PGA Advanced Stats
Loading Advanced Stats...
Recent RotoWire Articles Featuring Denny McCarthy
Weekly Preview: Sanderson Farms Championship
4 days ago
4 days ago
Denny McCarthy has fared well at Jackson Country Club, and Greg Vara expects him to come through again this week.
2022 Sanderson Farms Championship Betting: Picks, Odds, Predictions and Best Bets
4 days ago
4 days ago
Ryan Pohle breaks down the odds for this week's event and tells you why it would be wise to throw a few bucks in the direction of Luke List.
FanDuel PGA: Sanderson Farms Championship Picks and Strategy
4 days ago
4 days ago
J.T. Poston has been posting quality results left and right, and that's not the only reason why he finds himself among Ryan Andrade's golfers to go after in this week's contests on FanDuel.
2022 Fortinet Championship Betting: Picks, Odds, Predictions and Best Bets
18 days ago
18 days ago
Ryan Pohle lists his favorite bets for the season opener and tells you why he is willing to wager on Gary Woodland winding up in the winner's circle.
Weekly Preview: Fortinet Championship
18 days ago
18 days ago
The 2022-23 PGA Tour season kicks off this week, which means there are lineups to fill and bets to be made. Find out why Greg Vara suggests going with Sahith Theegala in a number of different formats.
Past Fantasy Outlooks
2022
2020
2019
2018
2017
McCarthy went from missing just five cuts in 2019-20, to missing 13 cuts in 2020-21. He also saw both his top-10s and top-25s go down. McCarthy had another good season with the putter, but his ball-striking numbers need to be better if he is going to amount to anything in salary cap formats.
Amazingly, McCarthy led the Tour in SG: Putting for a second consecutive season but his tee-to-green game leaves much to be desired. He's best viewed as a cut maker who struggles in stronger-field events, but will occasionally contend when he's able to have a good week with his long-game. A safe bet to make the FedEx Cup Playoffs and a contender to win a weaker field event.
McCarthy was a rookie in 2018 and while he wasn't able to retain his card for this past season, he played well enough to earn partial privileges. He parlayed his partial status into 27 starts last season, which resulted in enough points to earn full status for this upcoming season. McCarthy seems to be getting incrementally better, but the progress is slow. He has only three top-10s in 49 starts on the PGA Tour. It's a little too early to take a chance on McCarthy as a salary cap option this season.
McCarthy's rookie season was characterized by a single top-10 and just 13-of-22 made cuts. Denny's driving is PGA Tour average and his putting is great, but his iron game is incredibly underdeveloped. After earning full PGA Tour status by winning the Web.com Tour Championship and overall Web.com Tour Finals, he'll need to maintain his momentum to outpace last year's weak rookie campaign. As a fringe talent, don't expect anything special from McCarthy in the 2018-19 season, but there's a chance he'll ride his current momentum to some solid finishes in the fall season.
Earning a PGA Tour card via the Web.com Tour Finals, McCarthy is set to become a rookie at the next level after making 18 of 23 cuts on the Web.com during 2017. He failed to record any top-three finishes through two seasons on the Web.com Tour, however, so McCarthy's upside may remain limited. McCarthy ranked second in putting average and 21st in birdie average this past season, but was just 128th in terms of GIR percentage.
More Fantasy News