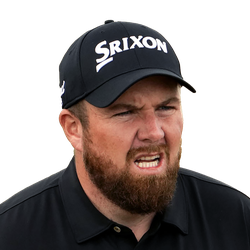 2022–23 Stats
Rank
175
Winnings
$88,305
Winnings/Entry
$88,305
Entries
1
Rounds
4
2022–23 Fantasy Outlook
Lowry is the rare European Tour player that's had a lot of success on this side of the pond. It didn't begin that way however as Lowry struggled for years to find his footing, but his win at the Open Championship in 2019 seemed to unlock his full potential. The Irishman is probably now the best player without a PGA Tour victory. He cam close with a runner-up at the Honda Classic and T3's at the Masters and RBC Heritage. Lowry ranked ninth in SG: Approach, second in proximity to the hole, third in scrambling and ninth in scoring average. There's a lot of things here to like about Lowry going forward. Read Past Outlooks
read more
Handedness Right
Status Pro
Height 6'1"
Weight 216 lbs
DOB 4/2/1987
Birthplace Mullingar, Ireland
Country Ireland
Read More News
PGA Stats
Loading Golf Stats...
Tournament Results
Scoring
FanDuel
DraftKings
Loading Tournament Log...
PGA Advanced Stats
Loading Advanced Stats...
Recent RotoWire Articles Featuring Shane Lowry See More
RotoWire Staff/Expert League Results
20 days ago
20 days ago
Rory McIlroy was the most expensive player in the annual RotoWire staff golf league over Jon Rahm and Scottie Scheffler in a format that gives a guide for season-long leagues.
DraftKings PGA: Sentry Tournament of Champions Picks and Strategy
35 days ago
35 days ago
Adam Scott has not been a regular at Kapalua in recent years, but that does not prevent him from landing a spot among Len Hochberg's picks to click in the first DraftKings contests offered in 2023.
PGA: A Glance Back and a Look Ahead
39 days ago
39 days ago
Len Hochberg looks back at a busy year in professional golf -- both on and off the course -- and tells you what to watch for in 2023.
Fantasy Golf: RotoWire Staff League Draft Review
50 days ago
50 days ago
Ryan Pohle breaks down the results of RotoWire's recent fantasy draft and explains why he rolled with Patrick Cantlay in the first round.
DraftKings PGA: Hero World Challenge Picks and Strategy
71 days ago
71 days ago
Tiger Woods will not tee it up in the event that he hosts, but there are a few other golfers Len Hochberg suggests going after in this week's contests on DraftKings.
Past Fantasy Outlooks
2022
2020
2019
2018
2017
2016
2009
Lowry won the Open Championship in 2019 and seemingly coasted through the 2019-2020 season. But he bounced back in 2020-21, missing only two cuts. He played his best golf during summer and into the FedEx Cup playoffs, showing some strong ball-striking that hasn't always been there throughout his career. Lowry ended up top-25 in SG: approach, SG: around and SG: tee-to-green. The putter was really the only thing holding him back. It wouldn't be a surprise to see Lowry carry this momentum into this season.
Lowry hit it big in 2019 when he won the Open Championship, but that wasn't the only thing he accomplished. He also scored a 3rd-place finish and a runner-up on his way to over $3.4 million in earnings. This past season however, there wasn't much to write home about as he only managed one top-10 in 13 starts. Lowry's cap number is so low entering this season however that it'll be hard to pass him up in salary cap formats.
After three up-and-down seasons as the full-time member of the PGA Tour, few expected Lowry to have a break-out season this past year, but with a win at the Open Championship, that's exactly what happened. Lowry got off to a terrible start last season, but prior to the Open Championship, he showed signs that his game was rounding into form. Predictably, the major win was his last good showing of the season as he likely spent the rest of the year celebrating. Lowry will get it back together before next season starts, but he's set the bar too high in salary cap leagues. He'll have plenty of value in other formats however.
Lowry's disappointing 2017-18 saw zero top-10s and only four top-25s in 19 starts on the PGA Tour. The burly Irishman has flashed signs of talent in big tournaments, but his limited play on the PGA Tour along with his poor performance the past two seasons makes him a menacing pick in most fantasy golf formats. As such, his outlook for next season looks similar to the past two, though he should strike a top-10 at some point if he can find his rhythm for four consecutive rounds.
Lowry's body of work saw no near-wins last season and a rank outside the top 125, a clear disappointment coming off a $1,585,436 season the year prior. Fortunately for him, his 2015 WGC-Bridgestone victory granted him a three-year exemption that will extend his fully exempt PGA Tour status through the 2017-18 season. After nearly winning the U.S. Open in 2016, the burly Irishman has posted just one top-10, so it's clear Lowry comes with some volatility. Further increasing his risk has been a limited schedule of 17 or less PGA Tour events the last three seasons, so be warned that his above average talent comes with downside as well.
Lowry's first full-season on the PGA Tour was mostly a success, but it could have been so much better if not for a disastrous final-round at the U.S. Open. Lowry, a season European Tour veteran, dipped his toes in the PGA Tour pond for the first time last season and at $1.5 million in earnings, it had to be classified as a success, but a major-win would have catapulted him into an entirely different stratosphere. With that said, his loss is the salary cap player's gain as his price is very reasonable heading into this season. It would be nice to see some added consistency this season, but that can be expected after getting acclimated last year. In draft leagues, he should be taken in the sixth or seventh round.
Lowry, a 22-year-old from Ireland, is ranked 16th in the World Amateur Golf Rankings as of mid-May 2009. He is being urged to declare himself as a professional by Darren Clarke and Rory McIlroy.
More Fantasy News