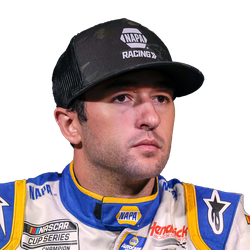 2022 Cup Stats
Points
3045
Starts
30
Wins
4
Poles
3
Top 5
11
Top 10
18
2022 Fantasy Outlook
The 2020 NASCAR Cup Series champion pulled up a little bit short in his title defense last season. Elliott only grabbed two wins, a bit surprising considering the large volume of road course racing, and 21 Top-10 finishes. From a consistency standpoint, it was almost identical to his average finish and Top-10 totals from his championship season. However, the campaign lacked the late-season victories that pushed him over the top in terms of the championship. Elliott should be poised for a similar season in 2022. There will still be a lot of road course racing (six events total) so the driver of the No. 9 Chevrolet will have a good opportunity to dominate. This team returns completely intact for the upcoming season with crew chief, Alan Gustafson, still calling the shots. He and Elliott have built some great chemistry in the last four seasons and they should continue to succeed as a strong pair. Read Past Outlooks
read more
Car No. 9 Chevrolet
Crew Chief Alan Gustafson
Rookie Year 2014
Birth Date 11/28/1995
Born Dawsonville, Georgia, United States
Country UNITED STATES