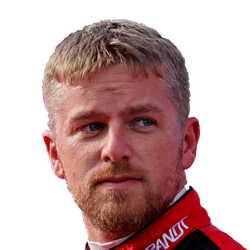 2023 Fantasy Outlook
The 12-season veteran has been a fixture in the Top 5 of the Xfinity Series for years now. Allgaier just completed a three-win 23 Top-10 finish campaign that saw him race for the championship in the season finale and finish third-place in the final standings. The elusive Xfinity Series championship still evades this driver and team, but 2023 could be the season where Allgaier breaks through to championship glory. At 36-years-old he's showing no signs of slowing down anytime soon. Allgaier returns to JRM and the No. 7 team, but he'll be teamed with a new crew chief this season. Jim Pohlman takes over for Jason Burdett atop the team's war wagon and the two will look to develop chemistry quickly. Allgaier's 400+ starts in the Xfinity Series and 19 victories make him a legacy driver in this division of NASCAR. Read Past Outlooks
read more
Car No. 7 Chevrolet
Crew Chief Jim Pohlman
Rookie Year 2008
Birth Date 6/6/1986
Born Riverton, Illinois, United States
Country United States