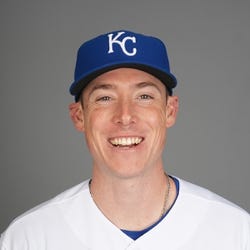 15-Day IL
Injury Oblique
Est. Return 10/8/2022
2022 Stats
W-L
3-8
ERA
4.50
WHIP
1.38
K
61
SV
0
Rest-of-Season Projections
W-L
ERA
WHIP
K
SV
Unlock Our Projections
2022 Fantasy Outlook
Yarbrough now has four seasons under his belt as the Swiss army knife of the Tampa Bay pitching staff, but he is now at a bit of a crossroads. The 21 starts he made last season were a career high. The club did not use the opener as often with him, but that also cost Yarbrough as he had a career-worst 5.11 ERA. His ERA as a pure starter was 5.46 and 22 of his 25 homers came in those outings. When he pitched in bulk relief, his ERA dropped to 4.03 and he did a much better job limiting hard contact. Ironically enough, Yarbrough has the lowest average exit velocity of any non-full-time reliever in baseball over the past two seasons (min 1,000 pitches). His slippery approach to pitching in and around the strike zone is frustrating for hitters when he hits his spots, but he becomes batting practice when his command falters. If he stays with the club, more bulk pitching could put him back in a better place and make him rosterable again. Read Past Outlooks
read more
RANKSFrom Preseason
#525
ADP
#

* Exit Velocity, Barrels/BBE %, Balls Hit 95+ MPH %, and Spin Rate are benchmarked against 2019 data (min 120 IP). See here for more exit velocity/barrels stats plus an explanation of current limitations with that data set.
K/BB
2.77
K/9
6.9
BB/9
2.5
HR/9
1.4
Fastball
86.8 mph
ERA
4.50
WHIP
1.38
BABIP
.316
GB/FB
0.97
Left On Base
70.8%
Exit Velocity
76.5 mph
Barrels/BBE
3.2%
Spin Rate
2029 rpm
Balls Hit 95+ MPH
19.0%
Swinging Strike
10.3%
Advanced Pitching Stats
Loading Advanced Pitching Stats...
Defensive Stats
Loading MLB Defensive Stats...
Stats Vs Today's Lineup
Want more matchup stats?
View Ryan Yarbrough vs. Batter Stats
Loading Matchup Stats...
Rays Depth Chart
Our full team depth charts are reserved for RotoWire subscribers.
Subscribe Now
Recent RotoWire Articles Featuring Ryan Yarbrough
FanDuel MLB: Thursday Targets
4 days ago
4 days ago
Chris Morgan is targeting the surprisingly affordable Bryan Reynolds for his Thursday Fanduel lineups.
DraftKings MLB: Thursday Breakdown
4 days ago
4 days ago
Chris Morgan provides his insights to help you build a winning Thursday DraftKings lineup across an eight-game slate.
Yahoo DFS Baseball: Thursday Picks
4 days ago
4 days ago
Mike Barner likes the idea of a Cleveland bat stack against Johnny Cueto and the White Sox on Thursday.
AL FAAB Factor: Waiver Pickups of the Week
8 days ago
8 days ago
Erik Siegrist looks over the available talent in the AL as Carlos Santana tries to power the Mariners into the playoffs.
Weekly Pitcher Rankings: Cease Tops a Busy Week
9 days ago
9 days ago
Two-start pitchers fill eight of the top nine spots in Todd Zola's weekly pitcher rankings, but Jacob deGrom earns a spot near the top despite being scheduled for just one start.
Past Fantasy Outlooks
2021
2020
2019
2016
Yarbrough appeared almost exclusively as a starter last season for the first time in his three-year career, starting nine games while appearing in relief twice. He cruised to a career-best 3.56 ERA, though the ERA estimators were slightly more pessimistic, as his 3.87 FIP and 4.33 xFIP both sat at roughly the midpoint between his marks from the two previous seasons. His strikeout rate fell to a career-low 18.8%, but when combined with a strong 5.1 BB%, it was generally enough to get the job done. Yarbrough should remain one of the Rays' primary rotation options this season, especially after the departure of Charlie Morton, and there's every reason to believe he'll remain a serviceable starter heading into his age-29 season, albeit a fairly low-ceiling one for fantasy purposes given his consistently mediocre strikeout rates.
Yarbrough worked in the bulk role again in 2019, but early on, his season was disastrous. He was sent down to Triple-A after five appearances to begin the season with an 8.10 ERA and 1.32 WHIP. If it could have gone wrong for him in April, it did. He went down to Durham and tinkered with his approach, deciding to throw his below-average fastball less and add more cutters and sliders...and it worked! He was recalled May 23 and went 9-2 with a 2.55 ERA and 0.87 WHIP until hitting a wall in September where his numbers went back to their April form. Yarbrough is not a starter as he is ideally suited for the bulk role with this limited repertoire. When his command is on, he is excellent at inducing weak contact and generating infield popups and cans of corn to the outfield. He gets hurt when he fails to execute, so a misplaced fastball or a flat cutter becomes a rocket to or over the wall.
With the implementation of the opener in Major League Baseball also came the introduction of the primary pitcher. That was Yarbrough's primary role in 2018. He totaled 147.1 innings despite making just six starts in 38 appearances, and the results were relatively strong despite underwhelming peripherals. He didn't even crack 90 mph on average with his fastball, but his slider and cutter were effective enough against left-handed batters. It was a different story against right-handed hitters -- 10.1 K-BB%, .324 wOBA, 4.34 FIP. Further, Yarbrough's ERA jumped from 2.63 the first time through to 4.29 the second time through (as a reliever), which suggests that both Yarbrough and the team may be better off shortening him up. Factor in the caliber of the offenses in his own division and Yarbrough looks like a low-upside pitcher with the downside of a true middle reliever, so waiver-wire fodder in mixed leagues.
Yarbrough spent the majority of 2015 with High-A Bakersfield in the California League, where he finished with a 4-7 record and 3.76 ERA in 16 starts. He posted a 4.11 strikeout-to-walk ratio, .266 batting average against, and 1.28 WHIP. Part of his high batting average against can likely be explained by his .324 BABIP, which was much higher than the .266 BABIP he finished with in 2014. Yarbrough had a groin injury in June that sent him to the 7-day DL, but should be healthy to start 2016. Yarbrough's arsenal of pitches includes an average fastball and curveball to go along with an excellent change-up. He moved up from number 11 to number eight on the Mariners prospect rankings during 2015 and is estimated to make the MLB during 2016. Scouts believe has back-of-the-rotation potential, but will most likely end up in the bullpen long-term. If Yarbrough pitches well to start 2016, there is a good chance he could be called-up to the MLB at some point as a lefty reliever.
More Fantasy News