According to the Data: The Running Back Career Arc

This article is part of our According to the Data series.

In a recent piece about how running backs decline with age, I received quite a few comments about seeing the data in terms of career carries instead. Here's a look from that angle.

I collected the stats of the top-100 rushers from 1961 to 2010 (data gathered from NFL.com). I then applied a minimum standard of 100 rushing attempts in a season to the data set. This captured a total of 673 RBs. Then, I re-included any season for those 673 players which did not meet the 100 rushing attempts minimum. Thus, the final data set includes 3,767 records from the 673 qualifying RBs.

The data was grouped by age versus average rushing yards with the number of career carries included as well as the number of players in that age group. The data is shown below in table format. The data is only from players aged 21 to 30.

While the table is nice, the chart is a much better depiction of the data. 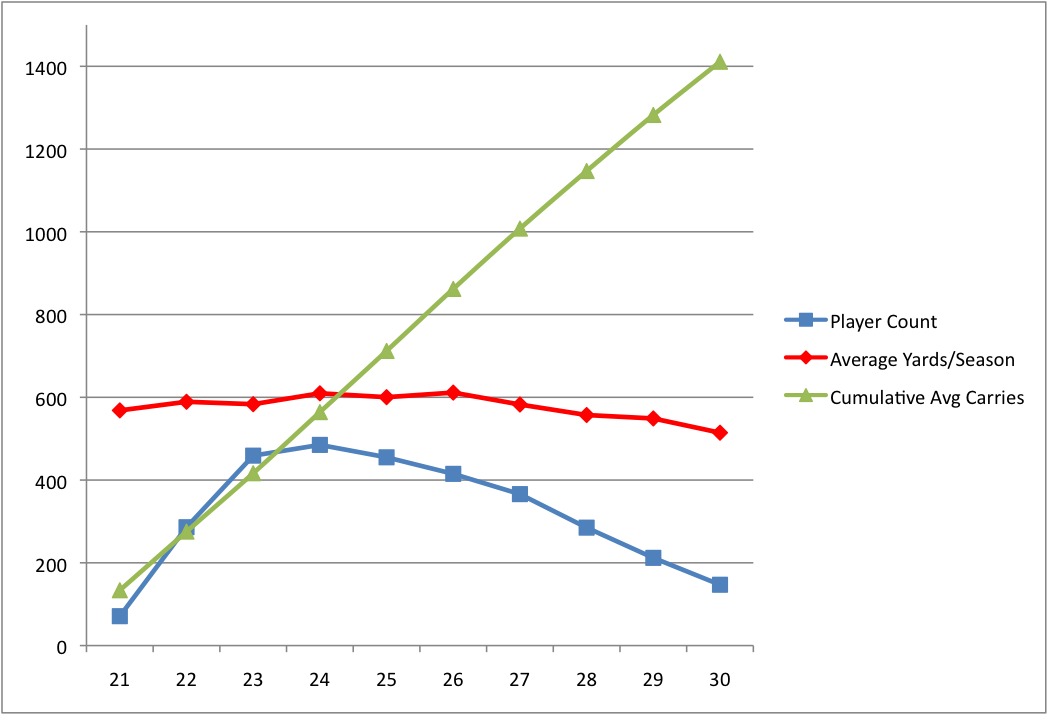 From the chart, the blue line is the number of players at that age, the red line is the average yards for that age and the green line is the cumulative of

Want to Read More?
Subscribe to RotoWire to see the full article.

We reserve some of our best content for our paid subscribers. Plus, if you choose to subscribe you can discuss this article with the author and the rest of the RotoWire community.