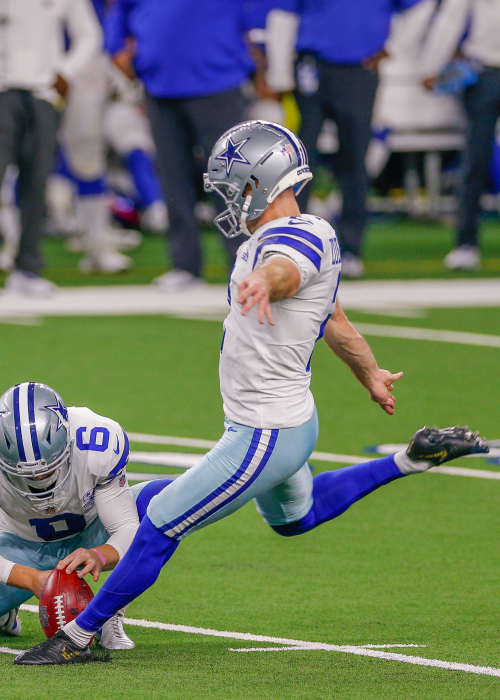 2021 Kicking Stats
FGM
21
FGA
26
FG%
0.8
50+
2
XP
25
2021 Kicking Projections
FGM
FGA
FG%
50+
XP
Unlock Our Projections
2021 Fantasy Outlook
We figured Zuerlein would kick a ton of extra points his first season in Dallas, but he instead led the league in field-goal attempts, as the Cowboys struggled to convert scoring chances into touchdowns after QB Dak Prescott suffered a season-ending injury. The ratio figures to shift back toward PATs in 2021, but that should still give Zuerlein a nice floor, with leg strength and team context both working in his favor. He did have offseason back surgery, but the Cowboys expect him to be ready for Week 1. Read Past Outlooks
read more
RANKS
#189.33
ADP
#